Customized koozies are great insulators and we’ve got the science to prove it!

Since Koozies® and can coolers are best sellers at Totally Promotional, we decided to test their ability to keep beverages cold in warm conditions. The results: Foam koozies work exceptionally well as a barrier around your beverage to keep it colder longer.

To enhance our study, we reached out to two climatology experts at The Ohio State University to get a scientific explanation on how koozies work.

So grab a cold one and a koozie. Here’s what we found out:

We began our test with two cans of previously refrigerated Miller Lite. Both brewskies started the experiment at 41.9 degrees. We placed the beers side-by-side outside in the direct sun where the temperature was 68 degrees. The humidity was 89 percent. One beer was slipped inside a foam koozie and the other was left “naked.”

A calibrated, digital thermometer was used to check the temperature of each beer every 30 minutes for three hours. The outdoor temperature and humidity also were recorded.

After just 30 minutes, the naked beer was 8.8 degrees warmer than the koozie-wrapped beer. That’s a huge difference! We didn’t perform a taste-test, but a beer’s flavor changes as it warms. Heat acts to speed up the oxidation process, which can lead to stale, cardboard-like flavored beer, according to Allagash Brewing Company.

Although the outside temperature rose to just 77 degrees at the conclusion of the test, our naked beer hit a toasty 87.8 degrees. This demonstrated how quickly the power of the sun can heat up unprotected beverages during a backyard BBQ, family gathering or other outdoor events.

So how do beer koozies really work? Jim DeGrand, a senior researcher and lecturer in the Department of Geography at OSU, said can insulators work by providing a poor heat conducting barrier between the inside of the cooler and the outside environment.

According to DeGrand, the rate of temperature change in beverages depends on at least three things: the temperature difference between the air and the beverage; the rate at which the air is flowing past the can; and the nature of the barrier — such as a koozie — between the beverage and the air.


The sleeve doesn’t actively cool the liquid inside the can, it merely slows down the rate of temperature change within the can.

“The sleeve doesn’t actively cool the liquid inside the can, it merely slows down the rate of temperature change within the can,” DeGrand said.

“Condensation is the process by which water moves from a higher energy state (vapor) to a lower energy state (liquid),” Quiring said. “This releases latent heat through the change of state process and some of that heat will warm the beverage.”

He said there also is a heat exchange between the can and the atmosphere through conduction. When warm air comes in contact with the can it results in a heat transfer through molecule-to-molecule contact (conduction).

“A koozie reduces the amount of conduction between the can and the atmosphere because it acts as a barrier that reduces heat exchange,” Quiring said.

Koozies also reduce the conduction of energy between your hand and the can, added the climatologist.

Condensation has a bigger impact than conduction because it allows more energy to be released. However, conduction can play a key role if atmospheric humidity is low and there is minimal condensation, Quiring said.

Can coolers get the job done!

Our test wasn’t performed in a fancy lab and we aren’t climatologists, but our foam can coolers certainly proved their worth.

Bonnie McGough wasn’t a climatologist either when she received a patent in 1981 for inventing the collapsible koozie. She just wanted to help her husband and others keep their drinks cold.

That’s our goal, too.

Koozie® is a registered trademark of the Koozie Group. 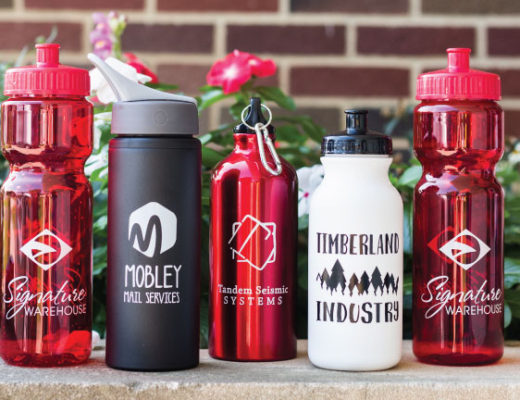 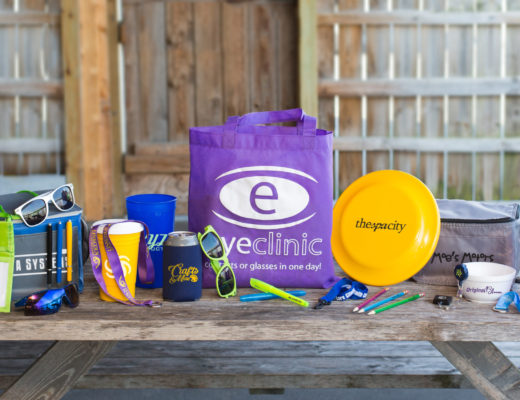 Tips on how to promote your business